There was an inordinate amount of jargon in the first three posts of this series. Atomic swaps. DEXs. Off-chain trading. Public keys. 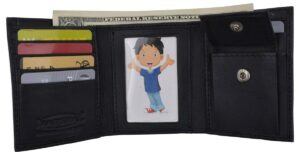 The problem with analogies is that they can be very misleading. In the case of crypto ‘wallets’, the impression is given that the currencies are actually physically stored inside them. In reality, the currencies are still there virtually on their respective blockchain, whilst the wallet is merely a user-friendly holder of the code that enables you to direct what happens to them. For most currencies, this code includes the public and private keys specific to you (see Part 2 for a refresher on public and private keys). 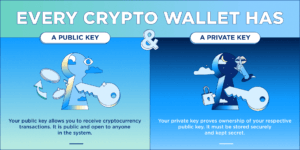 Some wallets are also like extensions of DEXs, allowing you to buy, sell and swap assets, and even earn interest.

We lump together all the possibilities for storing cryptos under the rubric ‘wallet’, even though they differ vastly. The first, and most intrinsic, distinction is to be made between wallets where someone else takes the responsibility for them (custodial), and those where you, the owner, takes responsibility (non-custodial). (If these terms are not familiar to you, reading Part 2 of this series will help.)

If you read different articles about the relative risks involved in using different forms of wallet, one pattern stands out a mile; different perspectives on what constitutes risk.

If you habitually use Chrome, Bing, DuckDuckGo or any other Normie search engines (and if you do, please don’t) the articles will tend to stress the dangers of trusting oneself to keep access data safe – naturally, useless eaters can’t possibly manage that. Particular stress is put on the notion that ‘beginners’ in particular need to have their money managed for them – as if being a beginner means that you can’t find a good hiding place to store data.

Articles written by people who don’t patronise their readers will stress the risk of keeping your funds on sites where they can be surveilled, or even purloined at any time, by hostile governments.

It’s up to you, the user – would you rather trust yourself, or a remote entity over which you have zero control? Thought so…

Custodial wallets are hosted by the primary exchanges, such as Coinbase, Gemini, eToro etc (although increasingly these sites are offering non-custodial wallets too). When people use these exchanges to purchase their assets, the easiest thing is to leave those assets on these exchanges. Most exchanges now go to some lengths to reassure their clients that their crypto is safe – whether due to the latest whizz-bang encryption methods, or the large insurance schemes they deploy. However, these exchanges have been frequently hacked and raided , meaning that many people have lost out.

There are also other, less commonly understood, risks. Custodial exchanges are increasingly being accused of using fractional reserve techniques more commonly associated with traditional banking – selling ‘paper’ duplicate currencies rather than the real thing. The greater the likelihood that customers hold their assets in custodial wallets in perpetuity, the greater the temptation to indulge in this kind of fraud. Some might argue that if the fraud never comes to light, no harm is done – but the net effect of these activities is to depress the price by artificially inflating the number of coins and diluting demand. As a result, all holders lose out and the wider crypto universe is discredited.

Monero users were particularly suspicious about the manipulation of its price by overselling of this kind, and planned a ‘bank run’ on April 18th, 2022  – mass withdrawal from wallets to test whether their currency really existed or not. 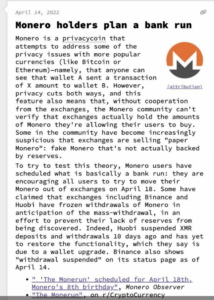 Any exchange which refused to allow withdrawals would instantly look guilty. Here is one commentator’s view of the outcome of the operation, and which exchanges came out of it looking particularly suspect: 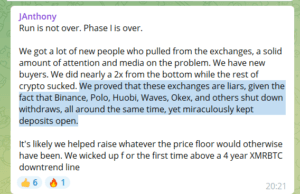 The overall verdict has to be that using custodial wallets is like telling your most embarrassing secrets to your worst enemy. Do not use them.

All the other forms of wallet are different forms of non-custodial wallets. These will make use of ‘seed words’ – a series of random words which you must keep safe. Seed words are designed to be used to recover your wallet should you need to, and must therefore be kept safely – anyone who finds the seed words can easily steal your crypto. Some people try to memorise them, but I would not recommend this – particularly if you have more than one wallet. You could end up with some inaccurate – and useless – combinations.

When it comes to non-custodial wallets, the major distinction is between hot and cold wallets. Any wallets that are connected to the internet are considered ‘hot’, and therefore vulnerable to hacking. Caution with using hot wallets is particularly important if you are extremely wealthy and a worthy target for criminals (not something that applies to me, but I wouldn’t presume to know the net worth of our readers). Generally speaking, it is good practice to store any very large amounts of crypto on cold wallets (of which more below). Hot wallets are convenient, however, if you are likely to want to frequently trade or swap your crypto currencies.

The hot variety are undoubtedly the most common form of wallet, particularly those that can be downloaded onto mobiles, or stored on desktops as apps. A relatively new phenomenon are wallets that are extensions from browsers.  There are far too many brands of hot wallet to mention them by name, and more are being released all of time. Here is just one example of a popular wallet with a good reputation:

There are some other important issues to consider when choosing a wallet. The first of these is the operating system you use. Most of the privacy-friendly crypto wallets will have a version specially configured to be used on Linux, but this won’t be the case for all wallets. Secondly, not every wallet supports every coin or token, so you may have your choice limited if you hold non-standard assets. This is particularly pertinent if you are storing privacy coins. Most privacy coins are not supported by conventional wallets, and you will need to download a special wallet produced by the creators of the coin. Here is the dedicated desktop wallet for the privacy coin Conceal (CCX):

Here is the equivalent for Pirate Chain (ARRR): 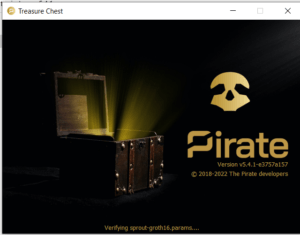 As you’ve probably deduced, if hot wallets are online, then cold wallets are offline. ‘Offline’ can mean anything, from a low-tech piece of paper which contains the seed words and password that provide access to your crypto, to a hi-tech dedicated gadget. The piece of paper approach contains obvious dangers, from destruction by random animals, humans or acts of God, to simple misplacement. The same information could be inscribed on a piece of metal, but this could elicit unwanted attention.. 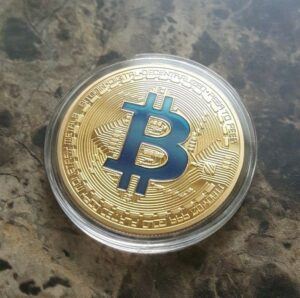 External devices are known as hardware wallets that stores private keys. They can be connected to the internet via a USB socket, but are designed to be kept offline, to maximise security. The major problem is that their true purpose will be immediately apparent to malicious actors, who could steal them and blackmail the owner to reveal the private keys. There is also the potential problem that your gadget will become out of date, and hence fairly useless, as discovered by this unfortunate user:

The sad fact is that there is no perfect answer to the wallet question, as each type has different strengths and weaknesses. Probably the most important principle to follow is to diversify risk by having multiple wallets. I myself have eight, six of which I use regularly. Some of these contain only one kind of asset. This does complicate life slightly, but as you use your wallets more regularly, they will seem increasingly less alien.

One of the major reasons to choose a specific wallet is because it may offer certain advantages, such as the option to stake your crypto. In the next part of the series, we will be looking at the different options you have to make money from your assets, rather than merely HODLing and hoping they rise in value.

Thank you for reading!

P.S. Still haven´t joined the NoHyoe Crypto Service? You might not want to wait much longer as I heard the price will go up soon, you can still join for the low one-time fee of only $350, if you pay in Monero (for a lifelong membership) on this page