This is part 2 of the Purist´s Guide to Crypto, if you haven´t read part 1 yet you can do that on this page. Ok, with that being said, let´s get into the second part of this guide!

Crypto – the dream of autonomy

In my inaugural post in this series on crypto, I talked about how anonymity wasn’t just the trivial obsession of the terminally paranoid, but was key to protecting ordinary folk from the predations of the powerful. In this post, we need to consider another major motivation for the early pioneers; the desire to have true autonomy. In crypto terms, this translates as real ownership and control of one’s assets. 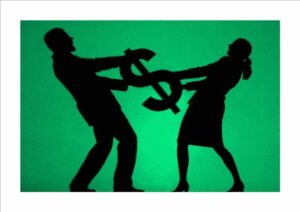 When is ownership not ownership?

Few people understand that when they put their money in the bank, that money is technically no longer theirs. It has become the bank’s money, to use as it wishes, and can only be retrieved under certain conditions. Just try withdrawing all your money as cash, without notice, and you will understand what I mean. Even if you are the perfect customer, with a respectable job and an impeccable credit record, you will be interrogated about your intentions as if you were a common criminal. Some of you might also remember the bank ‘bail-ins’ of 2013, when uninsured depositors at two major Cypriot banks had as much as half of their money seized. 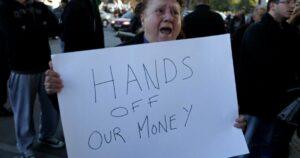 Banks are fond of advertising slogans that stress autonomy, empowerment and independence, but someone should stick them under trades’ description legislation. If your money is in a bank account, it is only ‘yours’ on sufferance. Banks will even speak honied words about empowerment when they are taking extra steps to limit your access to your money!

Have you ever written a haiku – those three-line Japanese poems with the syllable pattern of 5-7-5? Here is my effort, inspired by those compassionate folk at commercial banks:

“Bank with us to get

more control over your cash.”

The road to true control

The crypto pioneers wanted to create money that would allow someone to have complete autonomy and independence. Increasingly, however, people are interacting with crypto through platforms that trample on this original intention. The distinction to be aware of is between custodial and non-custodial entities, which determine the amount of information that you alone hold. As per the old saw that knowledge is power, the ideal is for you, the owner of crypto currency, to be the sole holder of the most pertinent information about your asset – and how this can happen is what we will now explore.

You may have heard about the cryptographic element of crypto trading being provided through ‘private’ and ‘public’ keys. Simply put, this mechanism is used to encrypt and decrypt transactions on the blockchain – hence putting the ‘crypto’ into ‘cryptocurrency’. They are what is known as ‘trapdoor functions’ – mathematical functions which work in one direction, but are nearly impossible to reverse engineer.

When you hold cryptocurrencies, you are allotted what is called a ‘public key’ – a set of letters and numbers in a set sequence. This is what you give to people so they can send you money, and it is perfectly safe to share freely. The public key acts as a form of escrow – any money sent to you is held in limbo, until you use your private key to access it. The private key is paired with the public key, but as the operative word is private, it should never be shared with anyone (unless you are absolutely sure they won’t run off with your money). 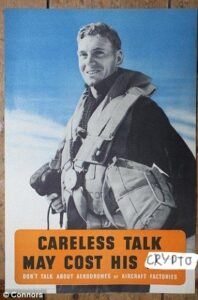 Private keys can take different forms. They can be sequences of letters and numbers like public keys, or they can be QR codes, or even a sequence of random words jumbled together like a lexiconic soup. It is possible to generate a public key from a private key, but not the other way around. This is a very superficial introduction to the encryption process – we will revisit this subject at a later point.

The location of the private keys is where things get interesting. When people talk about owning cryptos, they are really referring to owning the private keys that prove ownership. If you don’t hold and control the private keys, could you really be said to be in control?

Lots of people, however, buy and store their crypto on entities that hold their private keys in trust for them. At face value, this may seem like a lot less hassle as it usually involves few steps, and removes the responsibility of familiarising yourself with the principles of basic crypto security, but it means your private keys are no longer private. Remember the problem of the grabby, duplicitous banks pretending that you have more autonomy than you actually have?

This is what it is to have a ‘custodian’ of your currency. It’s a bit like having mummy lock away your toys overnight; they are thereby protected from the family dog, but you, the supposed owner and beneficiary, don’t get to access them unless mummy is in a good mood. 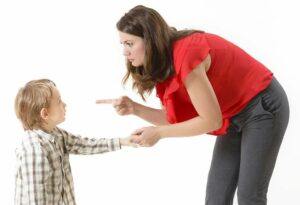 Moreover, if you wish to trade your coins on a custodial exchange, you must run the risk of not being able to get your coins back once the trade is completed. Custodial exchanges will always be centralised – that is, they exist as one site with all their data in one place – making them vulnerable to hackers. Such hacking has occurred on numerous occasions, when the exchange has been compromised by security breaches. Many of the most well-known centralized exchanges have been hacked, including Poloniex, Binance, BitFloor, Bitstamp, Coincheck and BitGrail.

Yet more worrying is the ever-present possibility that control-greedy governments will find it far easier to seize any crypto held on centralised custodial entities. The custodial entity may be forced to do this against their will, or may happily roll over, but either way the supposed ‘owner’ will be left to rail against their cruel mummy like an impotent child.

Given that heavy-handed governments are now the norm, however, it’s no surprise that it is the custodial exchanges who get all the publicity. They are strongly promoted as being user-friendly, secure and respectable, and hence more suitable for beginners and small investors. The grandaddy of them all is Coinbase, but there are many more, including GDAX, Binance, Kraken, Bitfinex and Poloniex.

We would strongly suggest that you avoid them. Even more importantly, do not be seduced into buying and storing crypto on PayPal. These ‘big name’ organisations are bandwagon-jumping in a way to entice the unwary into accepting an inferior, and ultimately self-defeating, experience of crypto currencies – one that destroys the possibility of true independence. In true flying pig style, they are implicitly flogging the idea that it is possible to be both tame and free, but this is a dangerous illusion.

Be your own bank 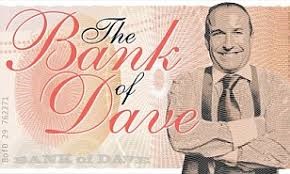 The truth is that if we want to reap the benefits of having real freedom and autonomy – real control over our assets – we have to be prepared to take more responsibility than we have become used to with the old-fashioned banking system. The promise of crypto is to become our own banker, but this does mean working a little harder to use a more complicated interface, to understand our choices, and to research and choose our own secure storage systems.

Here at NoHypeInvest, we position ourselves as opponents of a culture that simultaneously flatters and infantilises the public. We know that our investors are intelligent, determined people who also want to invest in their own intellectual development, and we are here to help you do that. In our next post, we will be taking a closer look at the various alternatives to the custodial exchanges, and their relative merits.

I strongly believe that time is running out for people to even be able to purchase cryptocurrencies with fiat, as fiat money is getting worth less and less and crypto becomes more expensive… Inflation is around the corner so it will simply be to expensive to even get a little bit of crypto soon, at least that is what I think… So please, if you haven´t already got started with crypto, you might not want to wait much longer. The best way (in our opinion) is to join the NoHype crypto team of like-minded investors helping each outher out!

Thank you for reading,